Here’s a new attempt at something new, a sketchbook blog post.

I got the idea to do something like this after looking through Anders Nilsen’s blog where he includes some posts that are just photos of his sketchbook. I’ve got this new long theme of my interior life, which is the felt desire to figure out ways of “doing theory” (or whatever) in visual formats like comics and other illustrative/mixed media artworks. I also like the idea of treating a blog like a public sketchbook: a place to work out ideas, freeform, without the need to bring every idea immediately to closure or equilibrium. A performative space of contradictions, perhaps. (I read my Eve Sedgwick this week.)

So here’s a couple sketchbook spreads that have me thinking out a question that drives one of my comps lists and that feels to me, often, like a pretty stupid question. But it’s what I’ve got. 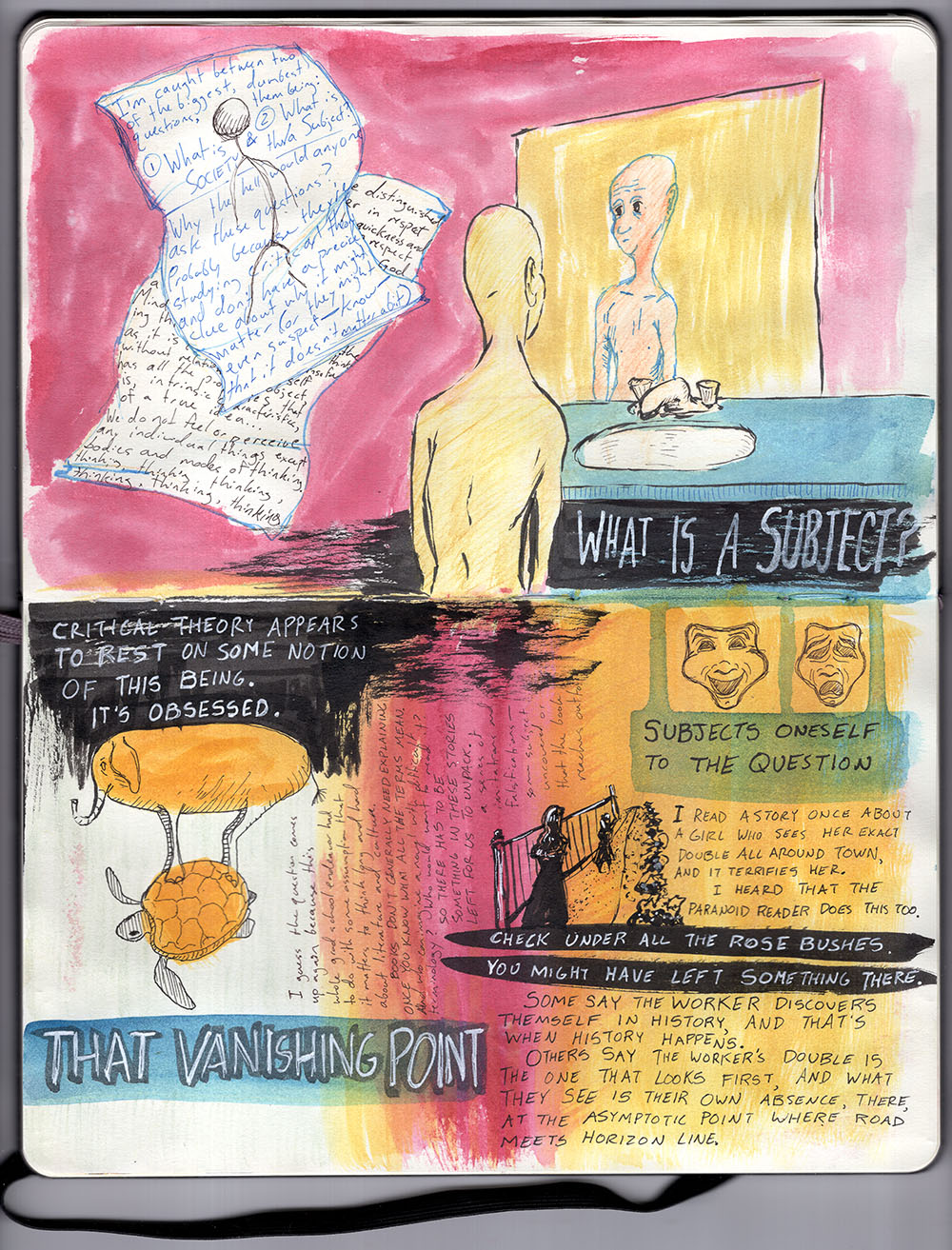 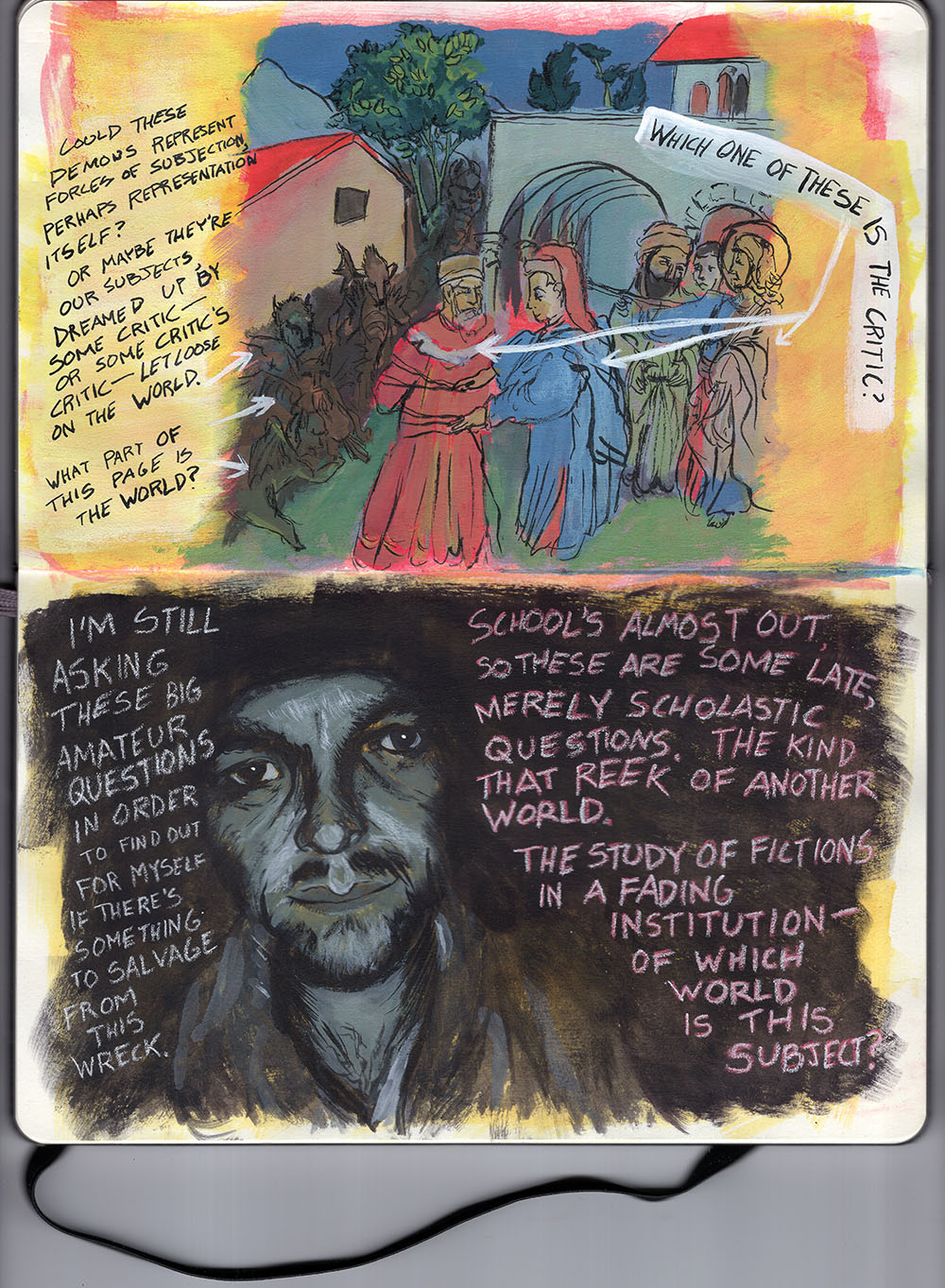